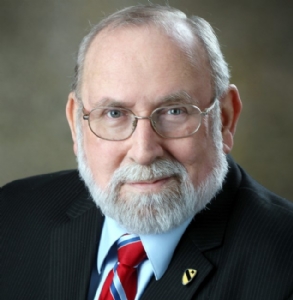 James Patrick "Pat” Lloyd, age 78 or Raleigh, NC passed away peacefully on April 11th, 2022. Pat was the eldest son of Cecil Cabot Lloyd and Anne Louise Roberts, both of Raleigh, NC.
Pat was a graduate of Cary High School, class of 1962. After high school he went on to attend East Carolina University.

In 1966, Pat attended infantry training at Fort Benning and then completed Officer Candidate school. Pat served honorably in Vietnam from 1967-1968 as a rifle platoon leader. In recognition of his service, he received the Air Medal and Bronze Star Medal with V Device for actions taken in Vietnam in 1968. Pat left the Army in 1971 with the rank of 1st Lieutenant.

Pat never knew a stranger, no matter where he went, he made sure to befriend someone along the way and would always make them feel welcomed. Anyone that truly knew him, knew he had a big heart and that he’d give you anything even if it wasn’t his to give. His wit was razor sharp and he had a flair for storytelling. For the past 15 years Pat devoted his time supporting senior veterans and starting a non-profit called Carolina Veterans Support Group. In November of 2016 he appeared on WRAL to share the plight of local senior veterans.

He was preceded in death by his parents Cecil Cabot Lloyd and Anne Louise Roberts both of Raleigh, NC and his former wife Susan Durham Culler of Orangeburg, SC.