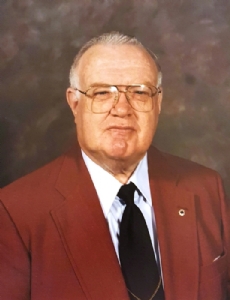 Mr. Cotten was born November 7, 1929 in Chatham County, NC to the late Lessie Ernest Cotten and Mary Ila Waddell Cotten. Mr. Cotten was a veteran of the Korean War, honorably serving in the United States Army.  He was an elementary schoolteacher and middle school principal in Goldston, NC.  Mr. Cotten retired as Assistant Superintendent of the Chatham County School System.  He also served as a Commissioner on the Town Board of Pittsboro, was a member of the Pittsboro Lions Club and a member of the VFW, Joe Wagner Post 7313 in Pittsboro.

In addition to his parents he was also preceded in death by three brothers, Wesley Cotten, L.E. Cotten, Cevie Cotten;  and two sisters Martha Ernestine Hackney and Christine Sanders.

Mr. Cotten is survived by one sister, Elizabeth Barber of Moncure, NC; his niece, Ruth Cotten White; his nephew, Eddie Cotten, both who lived with Max for many years and also surviving are many other nieces and nephews.