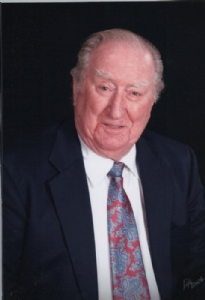 Billy Goodman Clark, Sr., age 91 of Pittsboro went home to our Lord on the morning of September 18th, 2021. He was being tenderly loved by his family and the staff at SECU Jim & Betsy Bryan Hospice Home in Pittsboro.

Billy was born to the late Mae Goodman White on September 7, 1930. In his younger years he was raised by his loving Uncle and Aunt, Lexi, and Lela Clark. He shared his childhood with stepsisters Peggy Smith, Frances Smith, and Barbara Pugh.

Billy became a proud soldier in the United States Army at 18 years old. He told many stories of his service in European countries as a fascinated boy from a small Chatham County town. He returned to soon marry his lovely young bride, Shirley Babb Clark, and begin a 38-year career transporting people with both Trailways and then Greyhound Bus Lines. He later transported freight until he was 77 years old. He was proud to have accumulated over five million accident-free miles. Billy was a member of Columbus Lodge #102 AF & AM and VFW Joe Wagner Post 7313 in Pittsboro. Billy was also a member of Pleasant Hill United Methodist Church.

In his latter years he enjoyed time on his mini farm in Pittsboro caring for his miniature donkeys and alpaca and his beloved sidekick dog Margaret.

In addition to his mother, he is predeceased by his wife Shirley Babb Clark, son Eddie Clark, and grandson Patrick Clark.

In lieu of flowers the family asks for donations to be made in Billy’s memory to the SECU Jim & Betsy Bryan UNC Hospice Home 100 Roundtree Way Pittsboro, NC 27312.

Condolences may be made at www.donaldsonfunerals.com